Since 1987, a Chicago-based, full-service exhibit agency, one of the largest woman-owned, WBENC-certified companies specializing in exhibits, interiors, and interactive experiences. A strategic partner to more than 60 ongoing clients across a wide range of industries, we provided boutique client attention, master craftsmanship and cutting-edge technology both domestic and internationally. 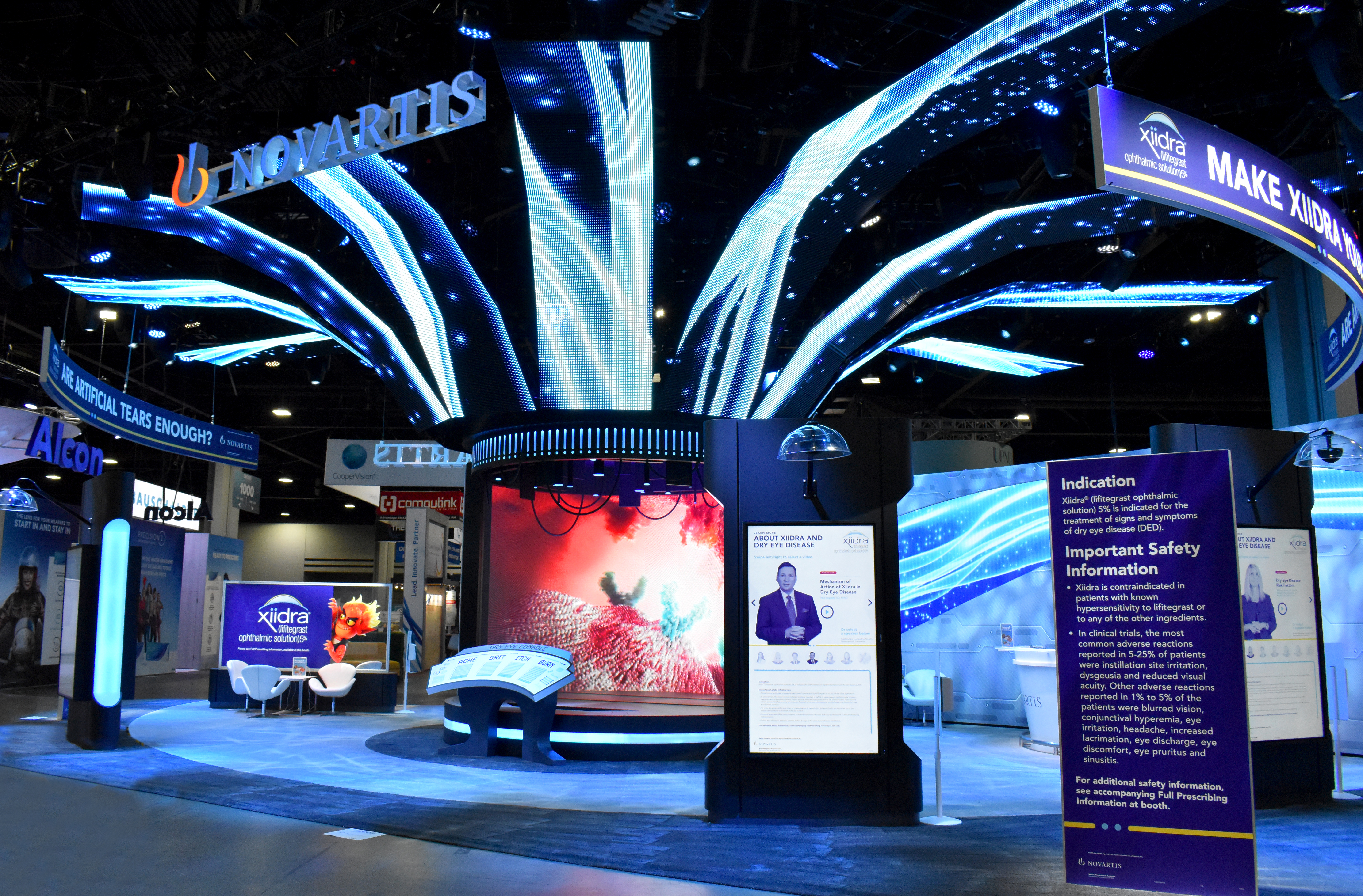 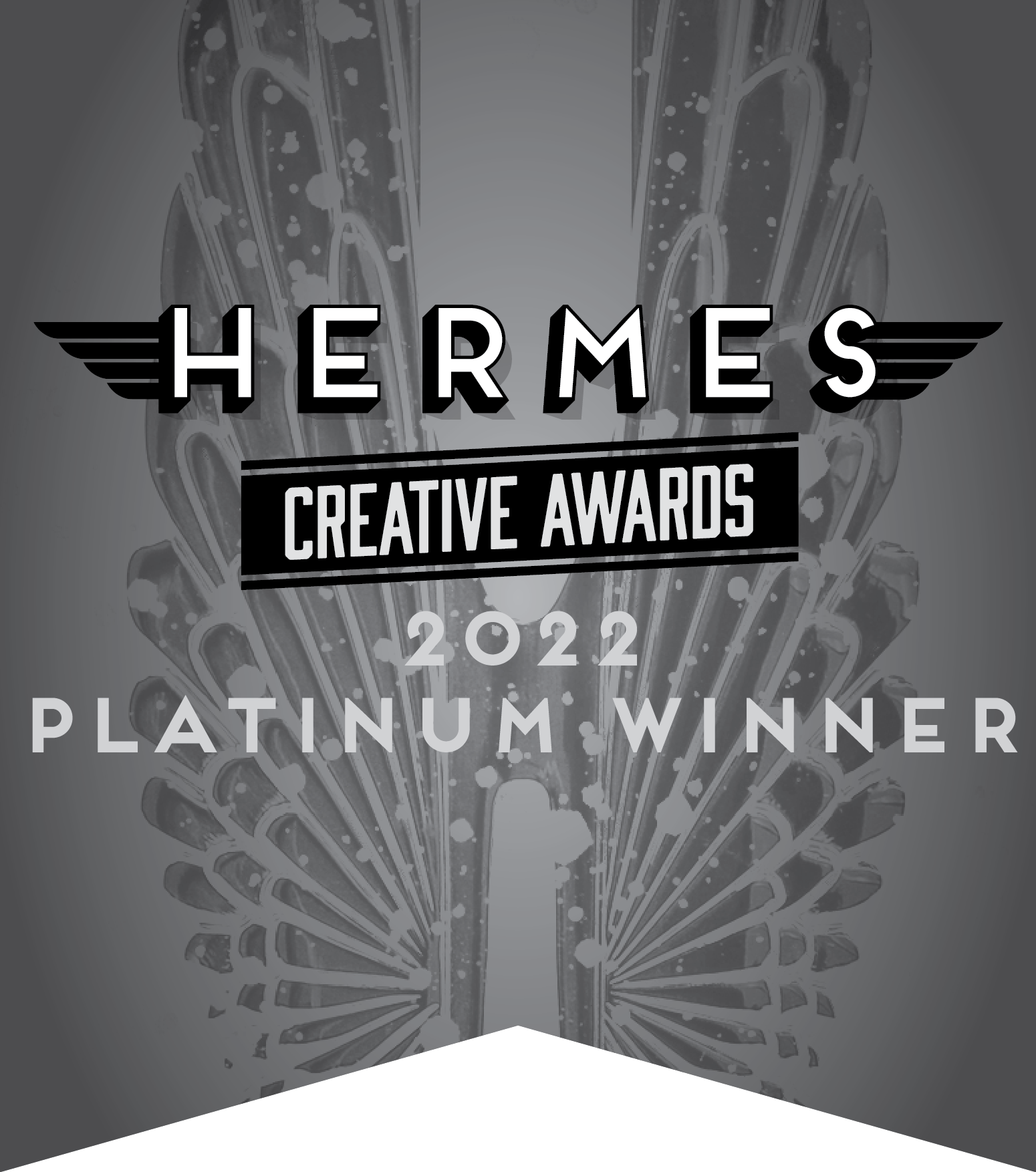 Xiidra, a Novartis brand for the treatment of dry-eye disease, has an ongoing national campaign including television and print. The campaign features the theme character “Inflammation”. Matrex was tasked by Novartis to build on this national campaign and bring it to life across all their ophthalmology and optometry annual tradeshow events. This included 5+ nationwide conferences in spaces up to 11,000 sq. ft. The experience debuted at the 2021 Southeastern Council of Optometrists.

Sequential lighting, sound and projection created an experience that transformed the tradeshow environment unlike anything else at these conventions and it gave Xiidra center stage to take on “Inflammation”.

While business and hospitality occurred throughout the exhibit space bathed in refreshing blue tones and with overhead video imagery on 12 tendrils of transparent LED tiles, disruption in the exhibit occurred. Sound rumbled, imagery changed, and the refreshing blue environment was overtaken, the space was immersed in red with the overhead LED imagery intensifying which signaled the onset of dry eye symptoms. At center stage, our holographic “Inflammation” theme character appeared at the controls, the symptoms of dye-eye disease were “dialed up” to create havoc within the eyes such as, ache, grit, itch and burn, the classic symptoms of dry-eye. Then entered Xiidra, and our light sequencing transforms again to a refreshing blue color. Much to the disappointment of the pesky “Inflammation” character, Xiidra comes in to minimize and relieve those very symptoms and attendees learn information on prescribing Xiidra. To build on the experience and promote social media sharing from the event, our interaction with attendees extended to a photo-op experience. Using digital LED backdrop technology, attendees selected from multiple backdrop options, when given their photo they were surprised to see that they were “photo-bombed” by the inflammation character appearing in the printed/digital takeaway.

The experience was made complete with each attendee comfortably seated and being offered hospitality, ordered safely through Matrex proprietary QR code-based ordering system. While their order was prepared and delivered to their table by Novartis facilitators, engagement and dwell time increased and they continued to be immersed in a Xiidra marketing environment of light, sound, video and print.